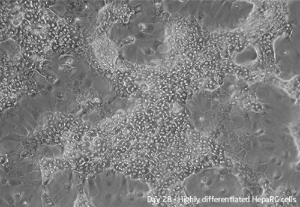 HepaRG™ is a human bipotent progenitor cell line capable of differentiating into both biliary and hepatocyte lineages. It was originally derived from a female patient diagnosed with a cholangiocarcinoma and hepatitis C infection. The HepaRG cell line, free of hepatitis B and hepatitis C viruses has the following main characteristics: 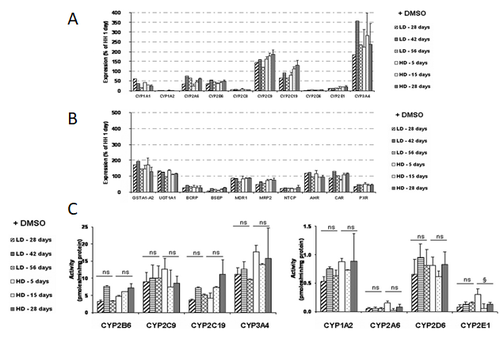 Figure 1. Basal mRNA levels of phase I and II metabolizing enzymes, membrane transporters, and nuclear receptors (A and B) and comparative basal activity levels of P450s (C) in HepaRG cells seeded at low density (LD) and cultured for 5 to 56 days or at high density (HD) and cultured for 5 to 28 days in presence of DMSO. Results are expressed as percentages compared with 1-day cultured human hepatocytes, arbitrarily set at 100% (Anthérieu et al., 2010). 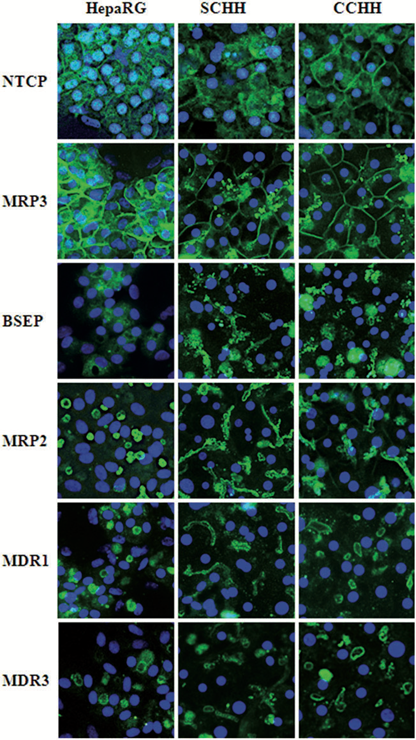 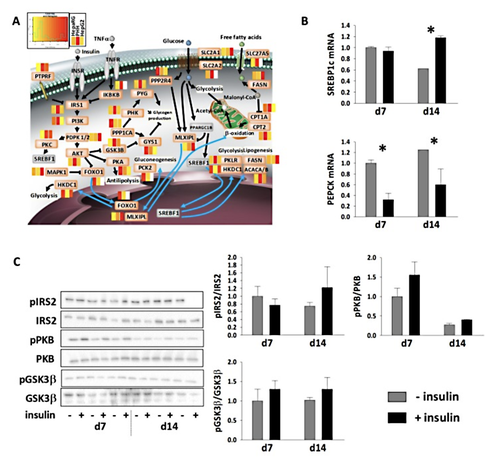 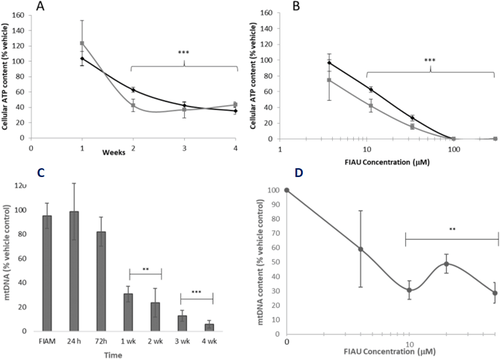 Figure 4. The utility of HepaRG cells in investigating the delayed toxicity.

The process of HepaRG differentiation

To undergo hepatic differentiation, the cells are shifted to a medium enriched supplemented with 1.7% DMSO for a 14-day period. Within 3-4 days, two distinctive cell populations are recognized: one corresponding to hepatocyte colonies and the other one corresponding to primitive biliary cells. Once fully differentiated, the hepatocyte-like cells express a full array of functions, responses, and regulatory pathways of primary human hepatocytes including: Phase I and II metabolizing-enzymes and transporter activities consistent with those found within a population of primary human hepatocytes including intact response elements, PXR, CAR and PPARa. 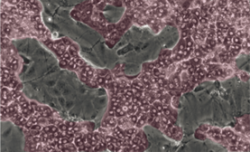 Confluent HepaRG™ cells start to commit into either hepatocyte (coloured in red) or biliary cells (coloured in grey). 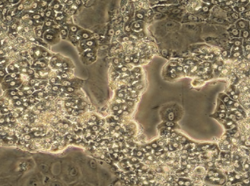 After 2 weeks, a mixed population of 2 types of cells, namely hepatocyte-like colonies surrounded by clear epithelial cells corresponding to primitive biliary cells, form a confluent monolayer which can be maintained in this stable form for several weeks in the presence of 1.7% DMSO.