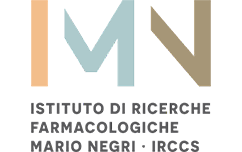 IRFMN is a biomedical research organisation with major activities in drug research. It was established in Milan in 1961, and there are now also a research unit in Bergamo, Ranica near Bergamo. More than 400 researchers work at the IRFMN of Milan, which is the main site. The Institute’s main goal is to contribute to the defense of human health and life. The Institute’s research programs span from the molecular level to the whole human being. The Institute’s research is mainly concentrated in the fight against cancer, nervous system and mental illnesses, cardiovascular and kidney diseases, rare diseases, and the toxic effects of environmental contaminants. IRFMN, since it discovered the dioxin (2,3,7,8-TCDD) in Seveso soil in 1976, devotes a great deal of effort to environmental and toxicity studies, in particular the areas of environmental research, ecotoxicological and toxicological studies. The Institute is in the lead of computational predictive toxicology, and other innovative laboratory tests have also been developed.

Biological, environmental and phys-chem properties of chemical substances are related to their structure.

Compared with many existing QSAR models, we have put greater emphasis on ensuring that the models generate transparent, understandable, reproducible and verifiable results. To achieve this, a series of tools has been optimised, which can relate the results obtained for the target chemical to the results obtained for similar (structurally related) compounds.

Our tools also provide a reproducible procedure for read across. read across is a tool to extract the required values for the target compound on the basis of the known values for similar (structurally related) substances. Within VEGA this has been achieved through the implementation of algorithms that are independent of the QSAR models, and which allow the screening of similar compounds in a read across strategy. These algorithms are used both to identify similar compounds, and to analyse the role of descriptors and fragments both for the chemical of interest and for the similar compounds.

Thus, it is also possible to use VEGA solely for read across. For this more limited use, you proceed as described for the prediction procedure, but then disregard the predicted value, and instead simply analyse the similar compounds on the chemometric basis, and the similar compounds identified on the basis of the mechanisms and descriptors. In this way you will analyse and review the similarities between the target chemical and the related chemicals.